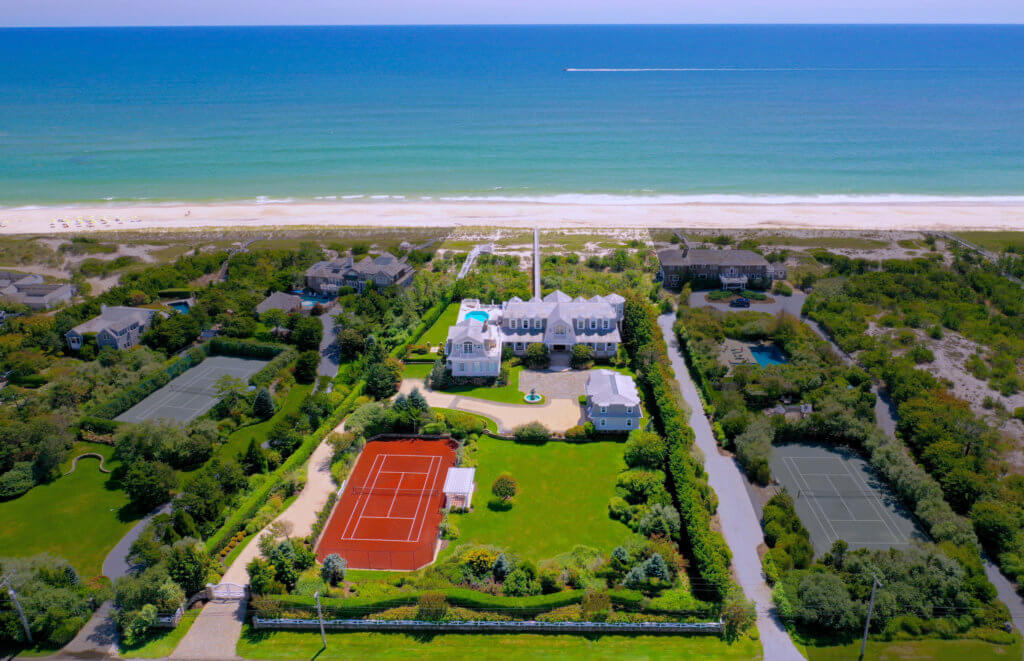 Closing just before the new year, an oceanfront house in Quogue Village sold at $22.5 million, a million and a half above the asking price. The 124 Dune Road transaction is the most expensive residential sale west of the Shinnecock Canal not only in 2020 but in history, according to Robert Canberg of Compass who put together the deal.

The previous record was $16.5 million in 2017 for 20 Dune Road in Quogue, previously owned by soap opera star Susan Lucci and her husband, Helmut Huber, who listed the oceanfront home for $20 million.

“This is a long time coming,” says Canberg of the new record as he has seen the popularity of the western most hamlets in Southampton Town grow, especially during the COVID-19 pandemic and the frenzy to buy real estate on the East End.

The newly renovated 10,700-square-foot house was listed in September for $21 million. “I got some pushback from the market and from some who said that number has never been done,” Canberg says. However, he and his team secured a buyer early on, leading to a bidding war — “a very fierce bidding war, to put it politely,” he says. The property went into contract in less than 30 days, he adds. The deal was ultimately done at seven percent above the listing price.

“What’s amazing about this is that we took the leap of faith,” he says. “I know everyone else on Dune Road is super excited to see this.” He hopes it sets a new trend, “the start of something spectacular.”

The price hike is “long deserved” for the area, Canberg says. Canberg, who works out of offices in Southampton and Westhampton Beach, says the popularity of the hamlets west of the canal have been building for some time now. Buyers tell him, ” ‘I want more time on the beach and less time in the car.’ ”

In the past, there was a mindset that buyers could come to the area from east of the canal and get a deal automatically, according to Canberg, who likes to say, “We have the same salt water, the same beach, the same sand as our neighbors and friends over there.”

The nine-bedroom, nine-bath house (plus two half baths) sits on three acres above the dunes. There is also a tennis court, gunite pool, a pool house, a detached three-car garage.

The deal closed right before the end of 2020.