An Atterbury Estate in Shinnecock Hills Loaded with History 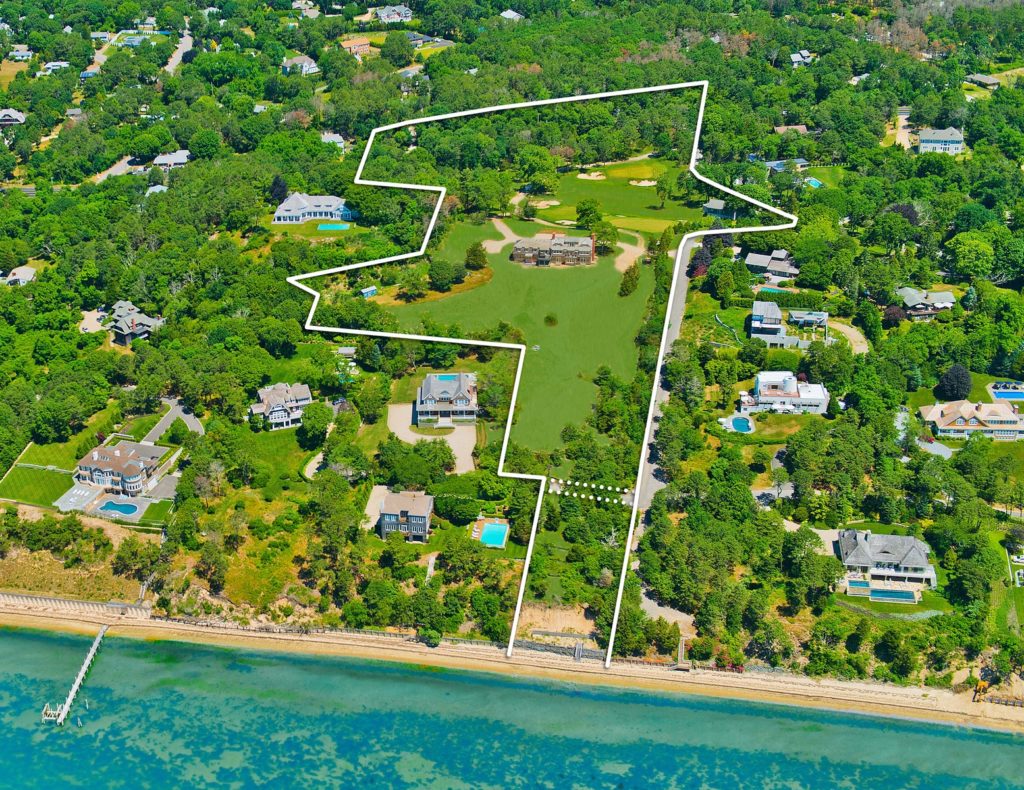 This is a really interesting, complex property (with three addresses!) with an equally interesting history. Now, it is a strangely shaped 12-acre site divided into 7 separate parcels. On one of the highest elevations in Southampton, the property boasts beautiful water views and is itself bayfront. There’s a 3-story house, which, according to the listing, has been “completely re-imagined and awaits the discerning buyer’s finishing touches.” Click here for pictures of the house last time it sold, which was 2014. There’s also 3 golf holes and a carriage house on the property, but strangely no pool.

The house was designed by local starchitect Grosvenor Atterbury in the Shingle Style in 1902, and it’s known as the Lewis Atterbury Connor House. But, oddly enough, the property also used to house a motel and more outbuildings. Unfortunately, we simply can’t find any more information about the motel. Looking at the site on Google Earth’s historic views, it seems the buildings were torn down around 2009. Anyone out there have any information about the motel? We’re choosing to believe that it used to be the Leprechaun Colony Motel, which existed in Shinnecock Hills at one point, and about which we also can’t find any more information, because the name is so awesome. (Update: Tim Davis tells us it was Horizon Hills. Certainly not as much fun as Leprechaun Colony, feh.) The  property, with a Montauk Highway address and Westway and Southway addresses, is hard to research.

The listing, which also offers a separate waterfront parcel with approvals for a 4200 square foot home and pool as part of the 12 acres, is repped by Tim Davis at Corcoran asking $15.9 million. Without seeing what’s been done to the house, hard to say how that reasonable that is, given the property sold for $9 million five years ago. It certainly offers a lot of scope and it’s not easy to find 12 acres south of the highway these days. Guess we’ll see what happens.