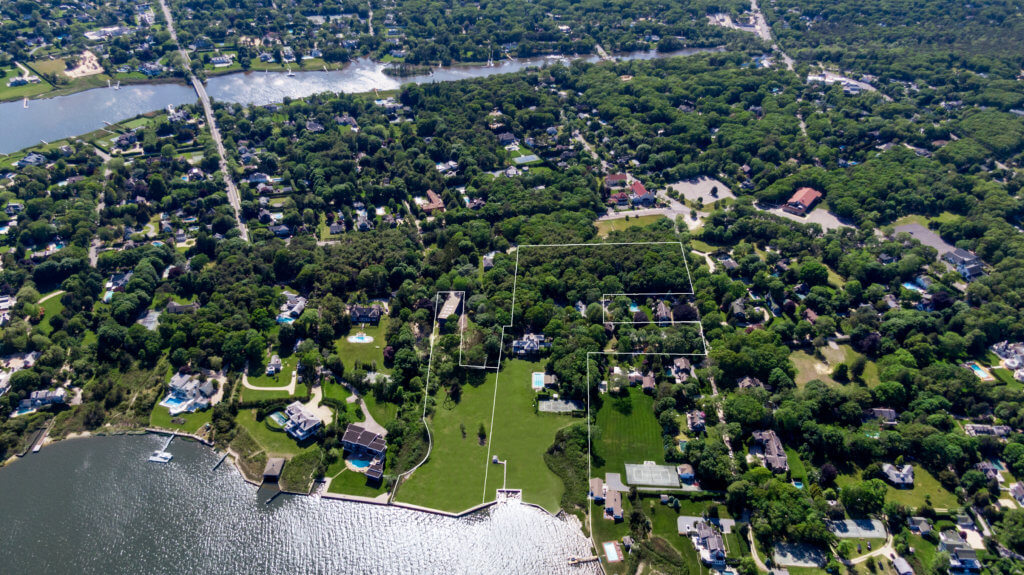 When the COVID-19 pandemic hit, the East End was flooded with people escaping the confines of New York City. Then they decided to stay and bought, bought, bought. What resulted was a lack of turn-key inventory, and now buyers are turning to what land is available to create their own haven out east.

“There’s absolutely a land rush,” says Enzo Morabito of Douglas Elliman. “It’s all across the East End, which is brimming with newly potential knockdowns, and we’re seeing increased activity everywhere, especially on the ocean and in Sag Harbor.”

The first quarter of 2021 has not even closed yet and already we are seeing what could be some of the highest-priced Hamptons home sales of the year — and two of them are neighboring properties.

Topping the list so far are two $60 million oceanfront trades on properties off of East Hampton’s famed Further Lane, while a waterfront estate in Wainscott, last asking $56 million, is in contract.

A Property Worth Bookmarking? Preservation Being Explored as John Steinbeck’s Sag Harbor Home Hits the Market

The Pulitzer and Nobel Prize-winning novelist’s modest home and his unique writing studio at 2 Bluff Point Lane are located on a peninsula overlooking Morris Cove and Upper Sag Harbor Cove. Despite his death 53 years ago and that his wife Elaine has been gone 18 years, the property has remained mostly as it was when he wrote The Winter of Our Discontent, his last novel that was published in 1961.

No sooner than the news broke that his wife’s heirs had decided to sell the 1.8-acre property on February 19, an effort quickly began to preserve it.

Market Update: Now is the Time to Sell (and Buy) Hamptons Real Estate

The number of listings with signed contracts declined for the fourth week in a row and new listings to the market declined for a third week. So far, the average number of sold listings per week for 2021 has been about 24 properties. But don’t let that fool you. Demand is just as high as it was a few months ago.

Enough properties have gone into contract in the last four weeks that could put the number of closed listings this spring at least 60% higher than the same period in 2019, which was stronger than 2020 at the same time.

A 9.2-acre estate in Southampton Village sold at its asking price of $32 million at the end of the year, according to deed transfers this week.

The property at 137 Coopers Neck Lane in the estate section consists of a 5,900-square-foot traditional, cedar shingle house with six bedrooms and six baths, plus a tennis court, pool, and four outbuildings. Tim Davis of Corcoran listed it at the end of July.

“This home went quickly because it is unique to find a parcel of land of this size in the estate section of Southampton,” Davis explains.