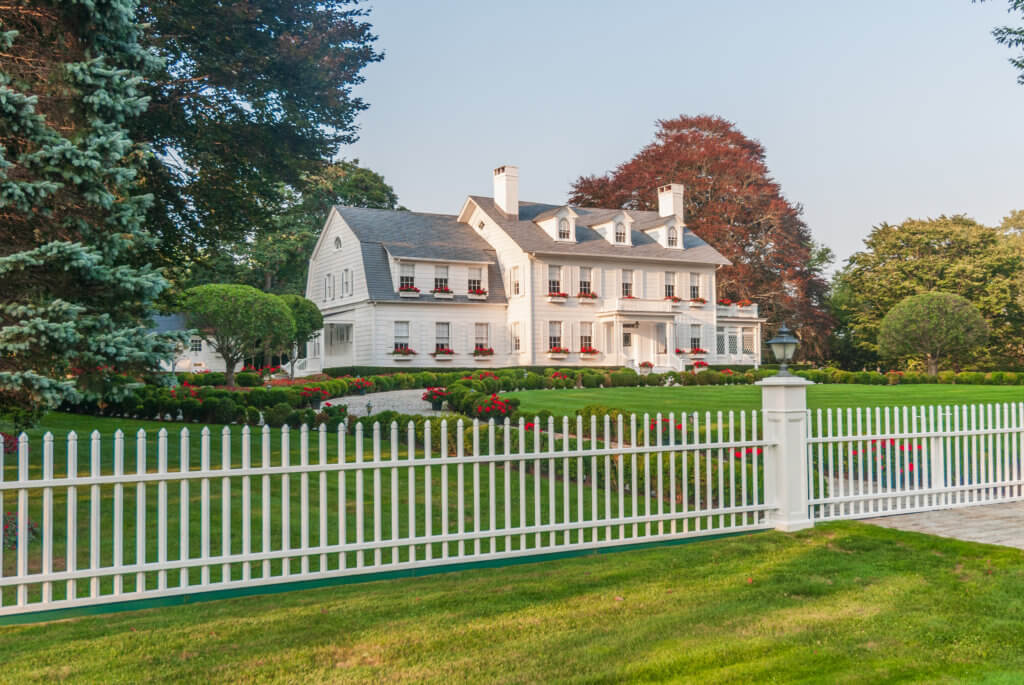 The house at the corner of Woods Lane and Main Street in the Village of East Hampton, perhaps the most well-known house in the village with its window boxes holding red geraniums each summer and white Christmas lights for the holidays, has been sold after nearly a year and a half on the market.

The new owner closed on 6 Woods Lane, commonly referred to as the “White House,” for $7 million last week. They promptly put up the lights that usually signal for the many passersby the start of the holiday season.

The name of the new owner has not yet been disclosed, but he got a good deal. The three-acre property originally was listed at $12.5 million. Despite generally a great deal of interest between brokers and buyers alike, it did not move. It was subsequently lowered to $9.5 million, then slightly under $8 million, and finally to $7.25 million about two months ago.

“I sold it the next day,” says Doug Brown of Douglas Elliman, who co-listed the property with Paul Brennan.

Brown says even he fell in love with the White House, a Georgian-style home that dates back to the 1700s. The home used to face Town Pond and Main Street, instead of Woods Lane, but in 1906, to fix a flooding issue, the house was moved and turned south.

In 1989, Fred Mengoni, an Italian-born real estate developer, purchased the property, which was then in bad shape after the previous owner died and left it to A&M University. Over a four-year period, “I gutted it,” he told The New York Times in 1997. “It was a piece of junk.”

Mengoni had the house restored, both inside and out, “right down to the flower boxes in the grand early American tradition,” the listing said. He also restored a barn from the 1850s, adding a three-car garage onto it, and constructing a gunite pool, pool house, gazebo, and tennis court in the rear of the property, which cannot be seen from the busy street. When he died in 2018 at the age of 94, he had 10 homes, but this was reportedly his favorite. Brown and Brennan represented the executors of Mengoni’s estate.

Rumor has it Mengoni rarely used the house, staying there reportedly only 12 times in the 30 years he owned it. An avid cyclist, he was known to drive out, pick up his bike and cycle to Montauk and back, then return to Manhattan. In fact, when Brown got the listing, he told The New York Times that the red 1988 Ferrari, the same model used in Ferris Beuller’s Day Off, only had 6,000 miles on it. Within a week, the Ferrari was sold, something Brown had not even been trying to do.

“The house was a little more difficult,” he says with a laugh.

As iconic of a house as it is, for some, the location on a busy corner, with the traffic and noise, was too much of a deterrent. “You have to sit on your front porch and hear the noise and no one is going to be doing that at the White House,” Brown says.

Ron White of Saunders & Associates brought the buyer, who has rented in the village for years and was not deterred by the location.

The kitchen, though equipped with a double Viking oven, Sub- Zero refrigerator, and coffered ceiling, is in need of an update, as are the bathrooms. A finished lower level boasts a rosewood bar, fireplace, sauna, Jacuzzi and wine cellar. A sunporch, which was added onto the house before Mengoni bought it, are where the geraniums are kept in the winter.

“I’m sure if you asked anybody in East Hampton what house they know best it would be that one,” says Brennan, who has been in real estate for more than 20 years. “It’s the house that defines East Hampton Village, in my opinion, as you come around and you see Town Pond — and your jaw drops. You know why East Hampton Village is voted one of the prettiest villages in the country.” As U.S. Covid-19 Cases Rise, So Does Demand for Antivirals