A home in the Southampton estate section has hit the market for $12.5 million with Angela Boyer-Stump of Sotheby’s International Realty. Harald Grant of Sotheby’s International Realty, who has the co-exclusive with Tim Davis of the Corcoran Group, reported the property found a buyer. A master suite with his and her walk-in closets, a 22-seat theater, a chef’s kitchen and more The property at 1080 and 1100 Meadow Lane has breathtaking, 360 degrees views of the Atlantic Ocean and Shinnecock Bay and comes with distinct amenities. 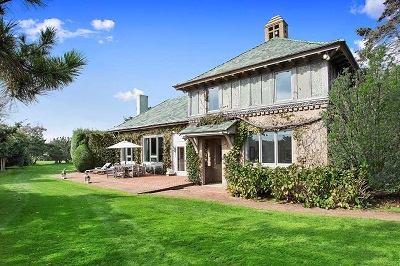 Despite many celebrity sales in the Hamptons this year, it was a dud year for blockbuster deals. The biggest sale of the year was just $31 million. After several lackluster quarters, the first of the real estate market reports for the last quarter of 2017 has arrived, and the results are excellent. The plans to transform the Village Latch Inn into condos are now before the Southampton ZBA. Planned are 24 townhomes off Hill Street. There is absolutely nothing not to like about this Southampton Village property: there is an older house, pool, pool house and tennis.