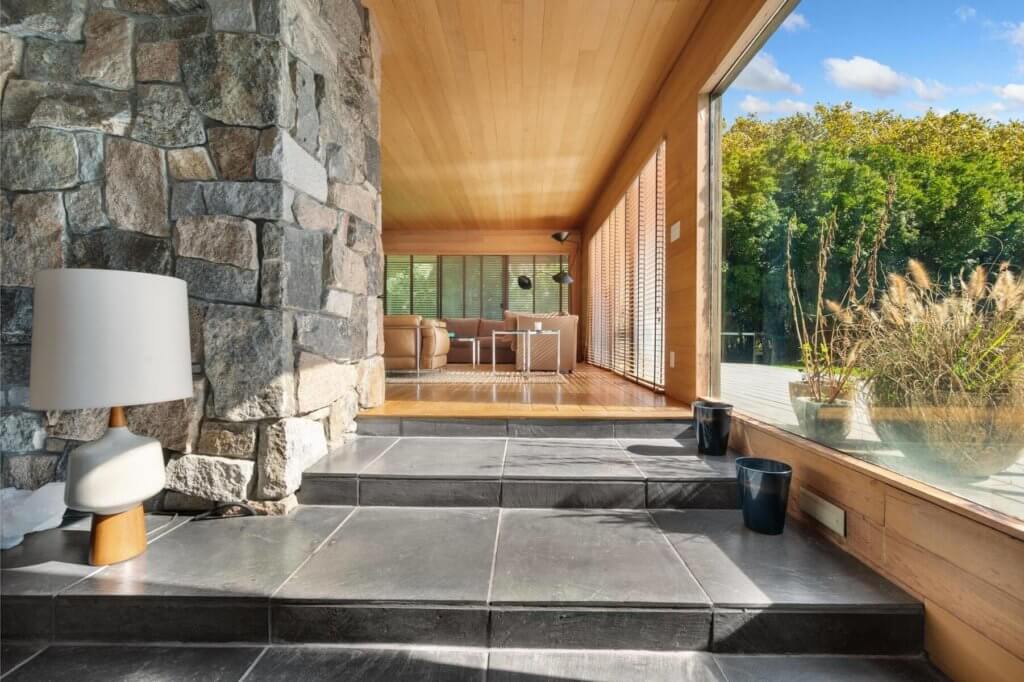 A Norman Jaffe-designed house in East Hampton Village sold at auction last week, though exactly how much it fetched has not yet been made public.

The classic Jaffe house at 100 Further Lane was put up for sale in December through Sotheby’s Concierge Auctions, the world’s largest luxury real estate auction marketplace.

A spokesperson confirmed this week that the auction online via the firm’s digital marketplace, casothebys.com had closed on January 5 and the house was sold to the highest bidder. The sale is pending and is expected to close within three to four weeks.

“We are proud to host the sale of 100 Further Lane. Our extensive sales outreach and unmatched network of buyers paired with our savvy and skilled listing agent resulted in a competitive field of bidders and a successful auction of this iconic property,” a Sotheby’s Concierge Auctions spokesperson told Behind The Hedges.

The asking price for the auction, in cooperation with the property being listed with Rebekah Baker of Sotheby’s International Realty’s East Hampton brokerage, was $27.5 million.

There was at least one bid at $12 million, Hedges learned just as bidding began in December.

While the spokesperson also would not reveal the number of bids the property ultimately received, last month Sotheby’s said the website listing was viewed more than 35,000 times and there were eight registered bidders.

Originally, the house was supposed to be auctioned in early December, but the seller elected to remove it, before putting it quickly back on.

Such an auction offers an alternative to the traditional marketplace for a property that is difficult to value.

The 6,000-square-foot house, built in 1980, sits on a three-acre property on one of the most coveted streets in the Hamptons. It is filled with many signature elements of Jaffe’s designs, such as a natural stone fireplace, warm, natural wood and high ceilings.

Jaffe, an architect noted for his contemporary, sculptural homes, designed more than 600 projects in his 35-year career, 50 of which were in the Hamptons, where he became known for his pioneering designs before his death in 1993.

The four-bedroom abode, with a separate wing for each, has been updated over the years with interior design work done by an Arti Institute of Chicago graduate who has worked with several of the Bauhaus ex-pats.

The property, located across the street from the old Bouvier House, owned by the family of Jacqueline Bouvier Kennedy’s family, also includes a pool and a tennis court.

“Island in the Sky,” a Water Mill estate designed by the Japanese-American architect and sculptor Setsuo Ito, will be auctioned off by Sotheby’s Concierge Auctions with bidding set to take place between January 24 and 31.

The property at 984 and 984A Noyac Path, which has been on and off the market for several years, is now being offered in cooperation with Angela Boyer-Stump of Sotheby’s International Realty. It is listed for $7.995 million.