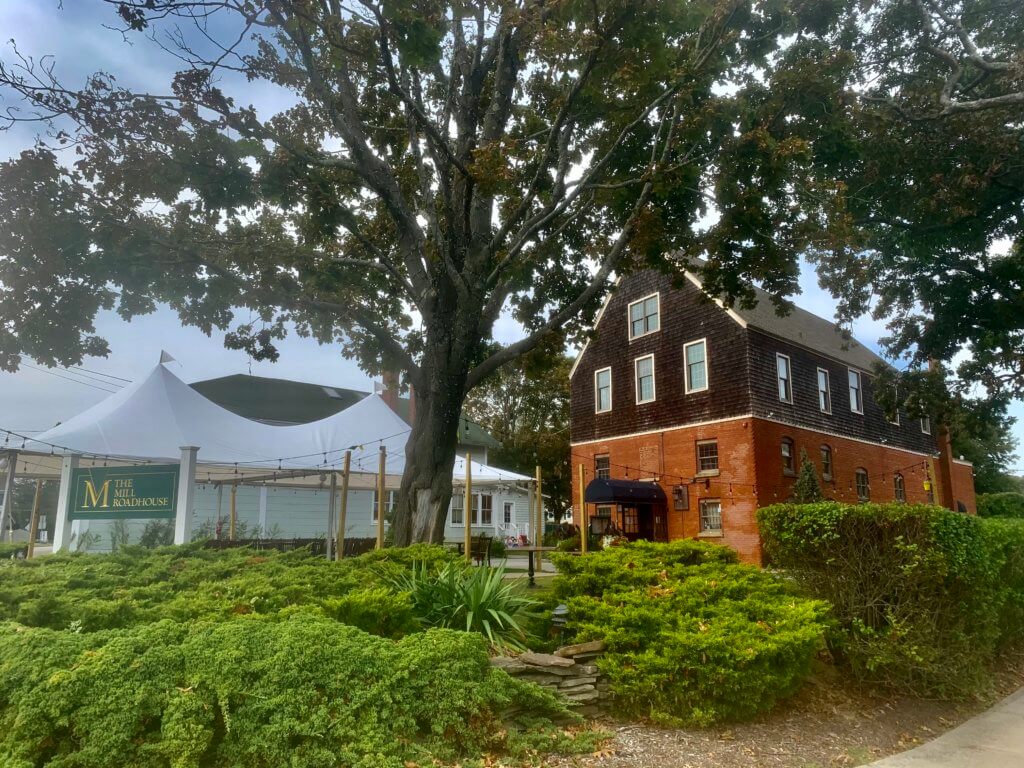 While much has been stifled during the COVID-19 pandemic, the Hampton Synagogue in Westhampton Beach is pressing ahead with a plan to expand its services and to ready its youth during a period of growth in its community.

Hampton Synagogue, now in its 30th year, has announced plans for a children’s center and a Holocaust memorial—what will be the first in the Hamptons, Rabbi Marc Schneier says—across the street from the synagogue on a newly purchased property at 142 Mill Road, at the corner of Sunset Avenue, until recently the home of the Mill Roadhouse restaurant.

The center will be called Jack’s House, in memory of Jack Gora, a founding benefactor who died earlier this year. Gora, who was born in Poland in 1920, was a Holocaust survivor, having spent seven years in lumber camps in Siberia and in coal mines during his conscription in the Russian army. Even though he lost so much, including his father and sister in the Holocaust, “He was that perennial optimist,” Schneier says. “The tragedies and unspeakable anguish he suffered in his childhood only elevated his commitment and drove his determination in seeing a Jewish community develop here in the Hamptons.”

“We are determined to have this facility known as Jack’s House up and running by next summer,” the rabbi says.

The center is part of a master plan for a children’s campus that includes the house and property directly behind it, which the synagogue already owns, on the corner of Sunset Avenue and Brook Road. Renovation plans on that property, not to be undertaken until 2022, include a pool, playground and basketball court, as well as security fence and privet hedgerow around the entire property, according to an information brochure.

What the Holocaust memorial will look like exactly is still being discussed. Schneier says it’s “not only about remembrance, it’s a public commitment to the values of tolerance, understanding, cooperation, inter-religious, inter-cultural, dialogue, which is sorely lacking in our country right now.”

The synagogue bought the two-story, half-brick building at 142 Mill Road for $1.8 million, closing on October 21. All told, with the building acquisition, the project’s estimated cost will be about $6 million.

Plans for the 5,667-square-foot building are to renovate and refurbish the space, creating a modern facility in which the synagogue can offer a full program of spiritual education experiences and social activities. “The signature piece of the building will be the children’s chapel,” Schneier says, where children can be dropped off for their own Sabbath services, which the synagogue cannot currently offer.

A small glass addition is proposed to the rear of the second story, for the children’s chapel, but Hermon J. Bishop, an attorney for the synagogue, explains the overall square footage of the building is actually being reduced by 176 square feet because a bar mezzanine will be demolished, bringing the size of the building to 5,491 square feet.

Though not an historic landmark, the building may be one of the more historic structures in Westhampton Beach, according to Bishop, who also happens to be the co-president of the Westhampton Beach Historical Society. Mechanic’s Hall, as it was known, was built in 1906 by the Junior Order of American Mechanics for $7,000. It was used as an assembly hall and hosted dances, meetings, movies and theater productions, he says. After the 1938 Hurricane damaged the school, it was even temporarily used as a schoolhouse. During World War II, “it was the scene of many a meeting between servicemen and eligible young ladies,” Bishop says.

It became “a rowdy cabaret, dance studio” in the 1970s, and later a restaurant that would turn into a nightclub after hours ,causing such a disturbance that the village brought a lawsuit and tried to shut it down.

Plans for Jack’s House have been submitted to the Westhampton Beach Planning Board for a change of use. Bishop says he feels that though it is a religious use they seek, it does, in essence, bring the building back to its original intent as an assembly hall, meeting place and community center. Planting, lighting and parking will also be discussed.

As a history buff and 14th generation resident of Westhampton, he said he is thrilled the synagogue chose to keep the building. Small windows on the front of the building are going to be replaced and elongated, in keeping with the period the building was built. “They could have bulldozed it down and putting up glass and steel like they are doing on Riverhead Road,” he says.

“Building and expanding—particularly in these times—is a testament to the congregation and its generation and it’s also a demonstration of our faith and conviction that things are only going to get better,” Schneier says. He believes it may be the only synagogue in the country taking on a building project at this time. The synagogue has received a “magnanimous outpouring of support from the congregation,” in part, he believes, because people are looking to be a part of something inspirational, something that brings hope during this dark time. “It is something for people to galvanize around,” he says.

The Hampton Synagogue was the first to reopen during the pandemic, just as Governor Andrew Cuomo appointed Schneier one of his special advisors on religious services. His is also the only orthodox synagogue that televises Sabbath weekend services, reaching more than 200,000 homes across America and even globally, he says.

The synagogue’s Jewish film festival, a summer tradition for 17 years, went on even though the theater it has long used, the Hampton Arts Cinema, was closed (and will not reopen its doors, at least not as a movie theater. It was purchased by a synagogue benefactor years ago and plans for the property remain unclear). The film festival was held as a drive-in at the nearby Gabreski Airport in July and August.