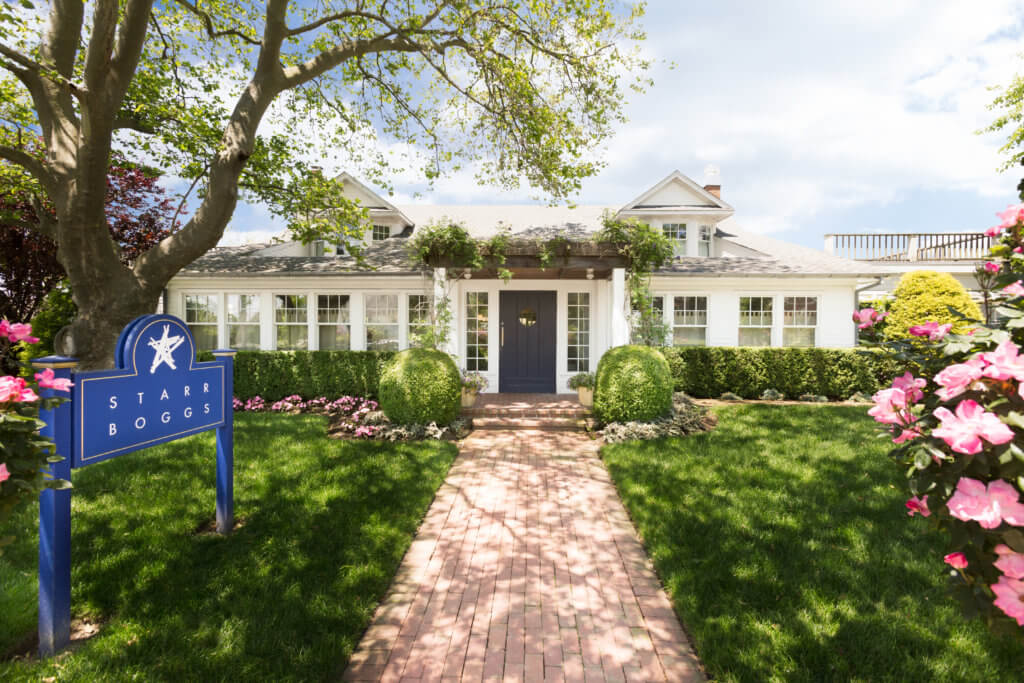 The sale of the Starr Boggs restaurant in Westhampton Beach was one of the biggest stories in 2022.
Courtesy of Marketplace Realty

The Starr Boggs restaurant, a favorite longtime eatery in Westhampton Beach, officially sold on Friday after many months of speculation about a sale.

The new owners, David and Rachel Hersh of the Rooted Hospitality Group, have a proven track record for successful East End restaurants. The award-winning Center Moriches-based restaurant group is behind Cowfish and RUMBA, both waterfront restaurants in Hampton Bays, as well as Flora in Westhampton Beach — and there are plans to open a restaurant at the former Starr Boggs spot under a different name by summer.

“We are very excited to take over the existing Starr Boggs location,” David Hersh told Behind The Hedges on Tuesday. “It was an iconic restaurant with an iconic chef. We plan to take that foundation and build upon it to create one of the best restaurants on Long Island, named Fauna that will serve flavorful local fresh seafood dishes, prime steaks with a large wine list. This location will be the ‘brother’ restaurant of our other Westhampton Beach restaurant, Flora, which we opened August 2020 and has already become a local favorite.”

Starr Boggs, the owner-chef, has been in business for 40 years and has been looking to sell for some time. The building at 6 Parlato Drive, behind the village’s newly revamped Main Street, was listed for $3.75 million in 2020. He declined to disclose the terms of the deal and the real estate deed transfers are not yet available. Mike Carroll of Marketplace Realty brokered both sides of the deal.

The deal took longer than expected to come to a close, Boggs said. “We shook hands in June and he kept telling me he was going to do it and I believed him — he’s a man of his word.”

Hersh declined to comment on the transaction, but said, “Starr is an amazing man, chef and leader and we are honored to follow in his footsteps.”

While Boggs admitted he’s a bit melancholy now that the closing took place, “I’m happy that the restaurant is sold,” he said Monday. He offered his thanks to “all my loyal customers and all the great staff I’ve had over the years. Certainly I’m going to miss that. I’m going to miss working here on Long Island and with the beautiful food that we have,” he said, but, “I’m celebrating the fact that I’ve had a great run.”

Boggs, who turned 70 this year, has been making masterful meals in Westhampton kitchens since 1981, combining American, Italian and Mediterranean influences. When he came to Westhampton by way of Nantucket in 1981, Susan McAllister, who he worked for at The Inn at Quogue got him a piece of the Patio after just one season. It was his “stepping stone,” he remembered.

In 1985, they sold both restaurants and he used the proceeds for start-up money for the first Starr Boggs, which he opened on Sunset Avenue, where Tony’s Asian Fusion is now located. The 40-seat restaurant “was considered a Manhattan restaurant. There was a waiting list for months there,” Boggs recalled.

The restaurant was known for local fish specialties, dry-aged prime beef and an extensive wine list, had a presence across four different locations every summer since 1985 — with one exception in 2003 — and it may be best known for was Monday night lobster bake, a Westhampton tradition that drew crowds of around 200 for the outdoor meal.

After several moves around the village, Boggs bought the building at 6 Parlato Drive, located on a 0.36-acre property, with the help of a real estate partner, Leonard Riggio, the founder of Barnes & Noble who has a home in Bridgehampton. Riggio and Boggs have been friends for more than 30 years, from when they both lived in Quogue, Boggs said. “Lenny was very generous with helping me out,” he said.

Looking back on his time in business, he said it was all because he was lucky to have good friends, good staff and good customers.

The partners had the building renovated. The former Parlato family home has housed several restaurants over the years, from Red Fox to Westhampton Grill and two or three others, Boggs said. The village gave him a permit to double the size of the kitchen, and the restaurant is about 2,700 square feet and the restaurant seats 150.

The building has a slot of charm, including a New England-style porch that has a blue ceiling. In addition to the main dining room, there are two bars, one being outside, a private area that he calls the club room and garden seating.

Boggs put the restaurant up for sale in 2018 for $4 million, and, though there was interest, it didn’t sell. After “the most trying summer” during the COVID-19 pandemic, Boggs was ready to hang up his chef’s hat and apron for good, Boggs told Behind The Hedges in December of 2020.

What’s to Come at Fauna, the Former Starr Boggs Restaurant?

The Hershes founded Rooted in 2009, opening RUMBA on Canoe Place Road in Hampton Bays one year later. Cowfish Restaurant followed in 2012. RHUM, a sister restaurant to RUMBA, opened on Patchogue‘s revitalized Main Street in 2016. Flora, located on Westhampton’s Main Street, is their most recent endeavor and serves New American cuisine. All of the restaurants are open year-round.

“I think the new owner is going to reap the big benefit of Westhampton Beach’s progression,” Boggs said. “The new leadership has done remarkable things,” he added.

When Boggs first came to Westhampton Beach, it was “the party town,” he said. As the clubs closed down, the area “became a little depressed for a little while.” With improvements to infrastructure, such as the sewage treatment connectivity and a redesign of parking on Main Street, the past few years have seen the village going through an upswing.

While the restaurant will no longer be called Starr Boggs, the plan is to keep it an upscale restaurant, according to Boggs. “I really wish the new owner David all the best. He’s a hardworking guy. I think he has a good plan.”

Fauna will have a steak house feel, Hersh said. It will “not only serve prime steaks like 10-ounce filets and 14-ounce New York strip steaks, but will also have large steaks for two to four people to share, like the 48-ounce prime porterhouse and the king of steaks, the 36-ounce tomahawk ribeye,” Hersh explained.

“We will feature five to six local seafood entrees that will dance around on your tastebuds. We’ll have a variety of sides, dessert and appetizers that will be great to share at one of our two large bars,” he continued.

Rooted also plans to showcase local artists in the decor at Fauna and plans to feature live jazz. “Brunch will be served on the weekends featuring Rooted Hospitality Group’s signature Bloody Mary, made with house-made seven-day marinated vodka. Our wine program will excite both new and old-world wine lovers,” Hersh said. “We don’t mark our wine up with the typical restaurant margins. We rather charge a great price because we want to see an amazing bottle of wine on everyone’s table. Just like with every other Rooted property, it’s about the overall experience of our guests.”

Fauna will be open seven days a week for lunch and dinner year-round. Catering, both onsite and offsite, will be available.

Rooted Hospitality Group will be looking to hire staff to join the team at Fauna. “We are blessed to have some of the best restaurant operators in all of New York working with us and we couldn’t be more proud of our teams. We believe that taking care of the guests begins with taking care of our people and we strive to have a great work culture where our people can shine. We are delighted to offer an incredible benefits package for our team members,” Hersh said, adding that they offer “a great health, dental, vision plan for all employees, as well as a matching 401k program and two-weeks paid vacation to all full-time hourly employees.

“We encourage all happy people who love serving others to please apply at RootedHG.com to be part of this exciting restaurant.”