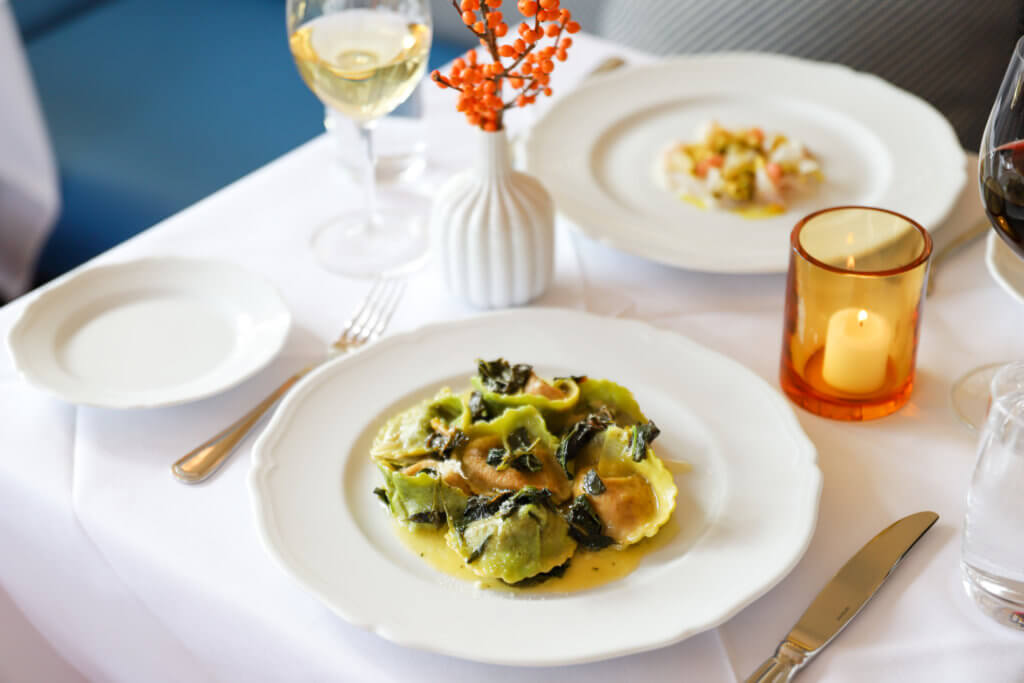 Sant Ambroeus has opened its doors in East Hampton, marking the second Hamptons location for the restaurant group.

The Milanese-style coffee bar and restaurant has made its debut at 66 Newtown Lane, in the space that was the longtime home to the restaurant Babette’s, which closed in October 2021. The commercial building, one of the largest in East Hampton Village at 20,000 square feet, made headlines earlier this year when it sold for $28 million, setting a record for the largest sale within any village business district on the East End.

“This opening is very important for us – having our second location in the Hamptons, specifically in East Hampton, will allow us to reach more of our guests who live further out East,” says Adil Avunduk, the VP of business development at SA Hospitality Group.

Sant Ambroeus also has 11 other locations, including in Southampton Village, several spots in New York City, Palm Beach and Milan.

“We are honored to join the community of East Hampton that so many of our clients call home,” says Giulia Farinelli, the CEO, says. “We look forward to providing the experience our guests expect from Sant Ambroeus in an intimate dining format.”

Those who have overseen the opening include several who have been with the restaurant group for many years. They include Jorge Flores, who began his career as a busser in Southampton 10 years ago and has been appointed the general manager. Miguel Gutierrez, who has been with Sant Ambroeus for 17 years since starting as a dishwasher, will lead the kitchen as the executive chef.

“The menu is heavily inspired by the ingredients available at the local market; many of our specials will draw from seasonal availability,” Falai said in a statement about the opening.

Wine offerings are mainly Italian, from Tuscany, Sicily and Piedmont, though some French and American options are available, too.

The new restaurant was designed by Studio Robert McKinley, a top interior designer of hospitality venues, such as Ruschmeyer’s and the Surf Lodge, both in Montauk.

“We took cues from the East End of Long Island’s country and seaside spirit,” McKinley explains. “We wanted to lean into the local architecture, so we lime washed the existing bead board and we painted the oak floor in a rich earth red lacquer. The decor features casually elegant elements such as vintage rattan chairs teamed with ocean blue Loro Piana marine fabric banquettes and custom bamboo and Murano glass sconces.”

A nautical-inspired mahogany bar with brass and antique mirror details was created in the space. “Throughout the interior, we drew parallels between the beautiful Italian seaside and the wild dunes of the Hamptons,” he says.

The East Hampton restaurant will be open seven days a week for dinner, and will offer breakfast and brunch on the weekends. Weekday breakfast and lunch are to be available soon. For updated hours, visit the restaurant website.